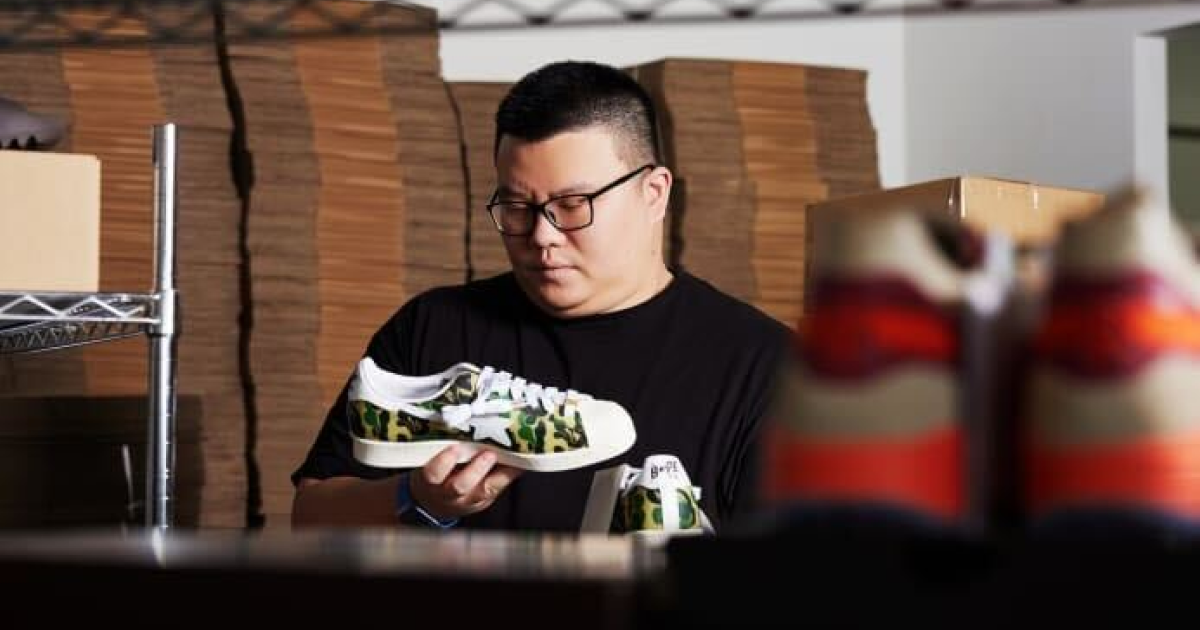 With a US$10 billion sneaker resale market in Southeast Asia alone, it’s undeniable that the hype for collectible streetwear and shoes is real. Not only that, it has amassed a passionate following of enthusiasts that will do anything to get their hands on the hottest launch right when it drops. Even with the pandemic putting a damper on supply chains, it has done little to quell the hype for this segment of highly coveted products and the savvy collectors who cop rare shoes and auction them on the resale market for a sizable profit.

Richard Xia, the co-founder and CEO of Novelship knows the ins and outs of the reseller craze better than anyone, being a self-professed sneakerhead and hip hop fan himself. Since launching Novelship in 2018 with his co-founder and COO Chris Xue, they have established the marketplace as the region’s most trusted platform for authentic sneakers and streetwear through leveraging cutting edge technology to ensure authenticity and a relentless focus on customer feedback.

He attributed Novelship’s strength and ability to thrive despite supply chain woes to not just their talented team but also through eliminating a notorious pain point in their community一the high risk of getting scammed into buying fake goods.

However, Richard is not one to rest on his laurels. Despite Novelship’s unprecedented growth in sales volume of 90x since the start of 2020, he emphasized that the platform has only “scratched the surface”, with more to come in terms of revolutionizing the customer experience in their respective markets.

To get into the head of the man behind the region’s fastest growing marketplace and discover the hard-earned lessons he has learned as a battle-worn entrepreneur, we sat down with co-founder Richard Xia on his biggest takeaways as a founder of a hyper-growth startup, why building businesses has always been second nature for him since childhood and how he plans to scale Novelship even further… which may or may not involve the metaverse.

How was Novelship founded?

Here at Novelship, we’re a co-founding team of two. I’m Richard the CEO, my co-founder Chris is the COO. He is my long-term friend as we’ve known each other for more than 16 years. We reconnected in university where both of us realized that we’re into startups. At that point of time, we both have been sneakerheads for more than 10 years. For Chris, it stems from his interest in the NBA. For myself, it’s hip hop. From that understanding, we didn’t think too much about market size and all that. Instead, we approached it more towards how we could solve our own problem which is the lack of access to authentic limited edition products and try to resolve it for similar consumers like us.

We then started conceptualizing and validating our idea. Since we launched our website in its current format back in October 2018, we have become the leading auction marketplace for limited edition sneakers, streetwear and collectibles in the region. Right now, we have presence in six markets in the region, namely Singapore, Malaysia, Indonesia, Australia, New Zealand and Taiwan. We have plans to go even further and really become the no. 1 go-to platform for sneakerheads for the entire APAC region.

How did the idea for Novelship come about?

The whole idea came about because we look at ourselves as consumers of these products in this region. Back in 2016, before the existence of Novelship or a similar type of platform, a lot of the consumers from this region found it very difficult to have direct access to authentic limited edition products一even if they had the income. If you’re trying to buy directly from the official sites, tough luck. It’s going to be sold out in less than a minute. Otherwise, you’d have to queue up at the brick and mortar stores for two to three nights which a lot of people do not have time for. If you do not have direct access to authentic products, what usually happens is you’ll try to search for third party resellers via forums and Facebook groups. However, the downside of dealing with strangers online is you’ll be at risk of getting scammed.

Even if you’re lucky enough to receive the parcel that you paid for, there’s still a high chance that you’ve received a counterfeit product. With that in mind, we combined those common pain points that we as consumers of these products as well as many other consumers face. We then thought that it’ll be a valuable problem to solve.

Novelship has presence in 6 countries across Asia Pacific. How has the experience been like expanding the company in these high growth markets?

Due to the supply chain aspect of things, we were heavily disrupted at the start but fortunately, our operations team was able to put in measures or controls much faster than the rest. I think during the same point of time, a lot of e-commerce players had to shut down entirely but we were able to maintain our operations and supply chain一especially trading, buying and selling一albeit at a reduced capacity. I think that really built up the foundation for consumers to have a very strong trust in us. Subsequently, we grew tremendously. If you look at it from a growth perspective, we probably grew 80 to 90x in terms of our volume compared to the start of 2020.

In 2021, Novelship launched its app despite lockdowns and teams having to work remotely. What would you say was the biggest challenge and how did you overcome it?

Novelship as a whole, especially for the founders such as myself, we are face-to-face people. We believe the best way to build trust and have a better understanding of each other is to meet physically for coffee. I think one of the biggest challenges we faced was getting past this mindset. When COVID first hit us, we still had this understanding that it’s going to get better and that working remotely would be a temporary arrangement before we eventually reunite everyone back to the office.

The first biggest challenge was changing the mindset of the leadership in the company but as time went on, we realized that it wasn’t going to happen and we eventually decided that the best way to take it forward was to embrace working remotely and then see how we can continue with this setup while finding an effective workflow that will maintain our growth rate.

The second challenge is related to our fast growth. As we’ve grown tremendously, a majority of our new staff that came onboard in 2021 have almost never met another person in the company in person. For them, working from home is the norm. The challenge that came forth from this was how do we maintain this kind of growth rate while giving everyone the mental support they need? This is still a work in progress. With the help of our lovely People team, we have started doing more virtual engagement events as well as local in-person events whenever possible. I think that has resolved some of it but it’s a problem we’re actively working on.

How competitive do you think the resale market for limited edition sneakers and streetwear has grown in recent years?

It has gotten tremendously more competitive. But on the other hand, just counting from the back of my head, I can already name a few competitors locally in Singapore as well in other countries in the region. Regardless of all that, while we do pay attention to competition, the number one thing we pay attention to is buyer and seller feedback. No doubt the competition has really heated up simply because of the size of the market and investments going into different platforms. But for us, the biggest growth factor for Novelship is the user value that we’re providing.

Ready to get started?
Aspire makes business finance easier - expense management, invoicing, FX, employee claims and more. This is the all-in-one finance OS for your business
Try it out today >>
Subscribe
Get high quality finance and entrepreneurial resources in your inbox.
Subscribe to the newsletter >> 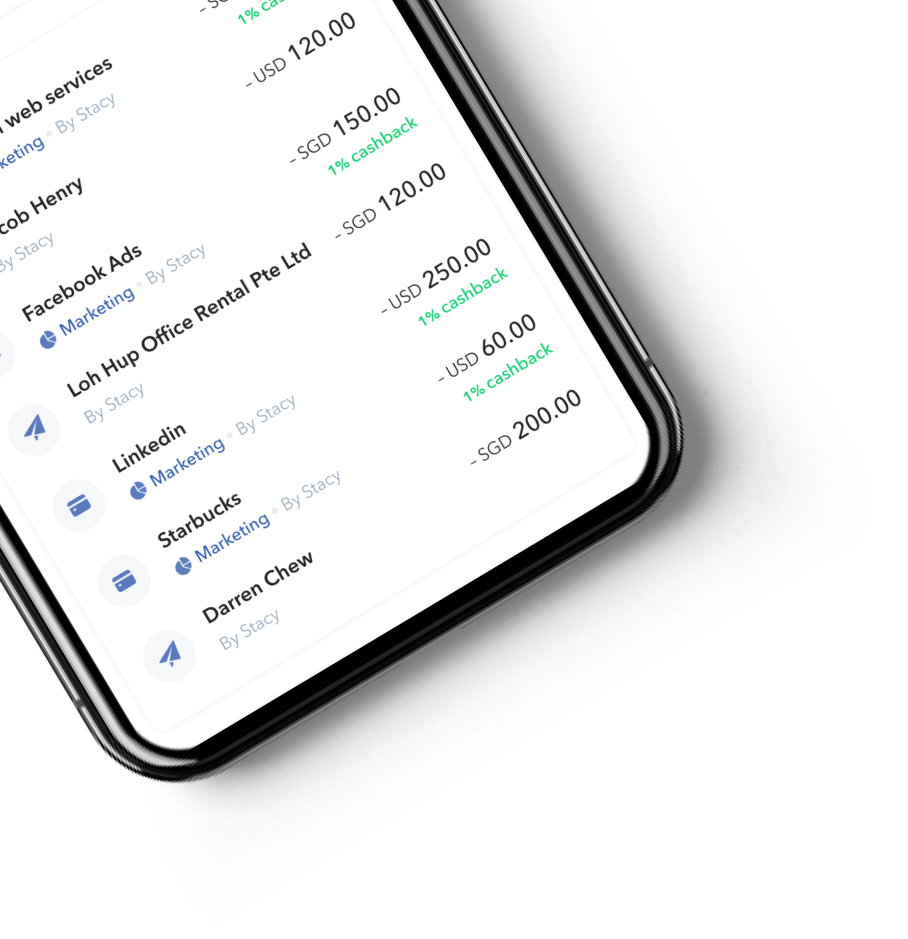 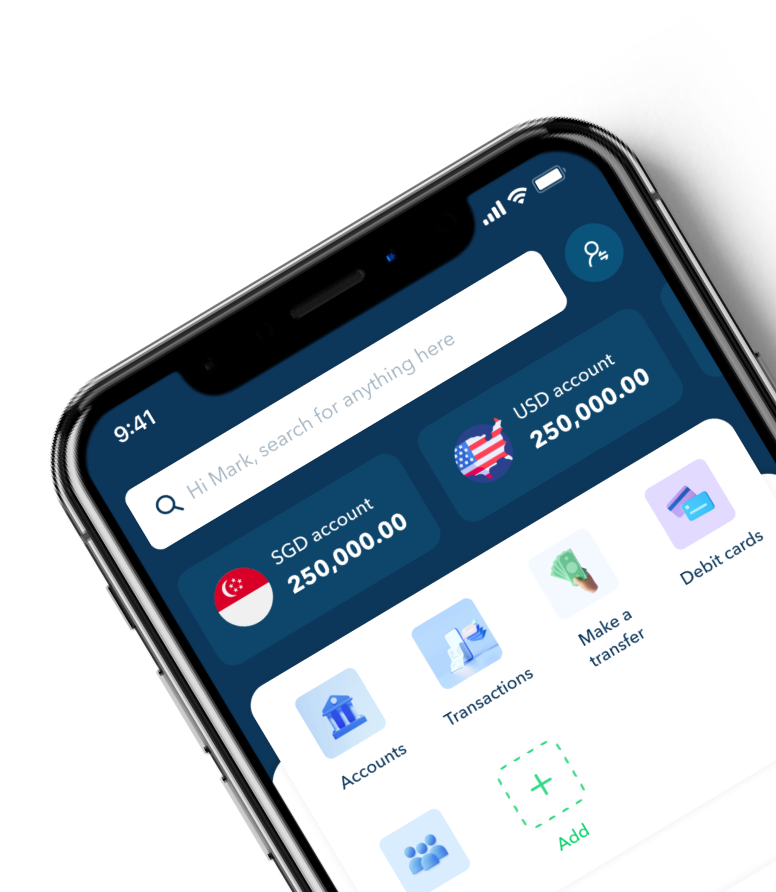 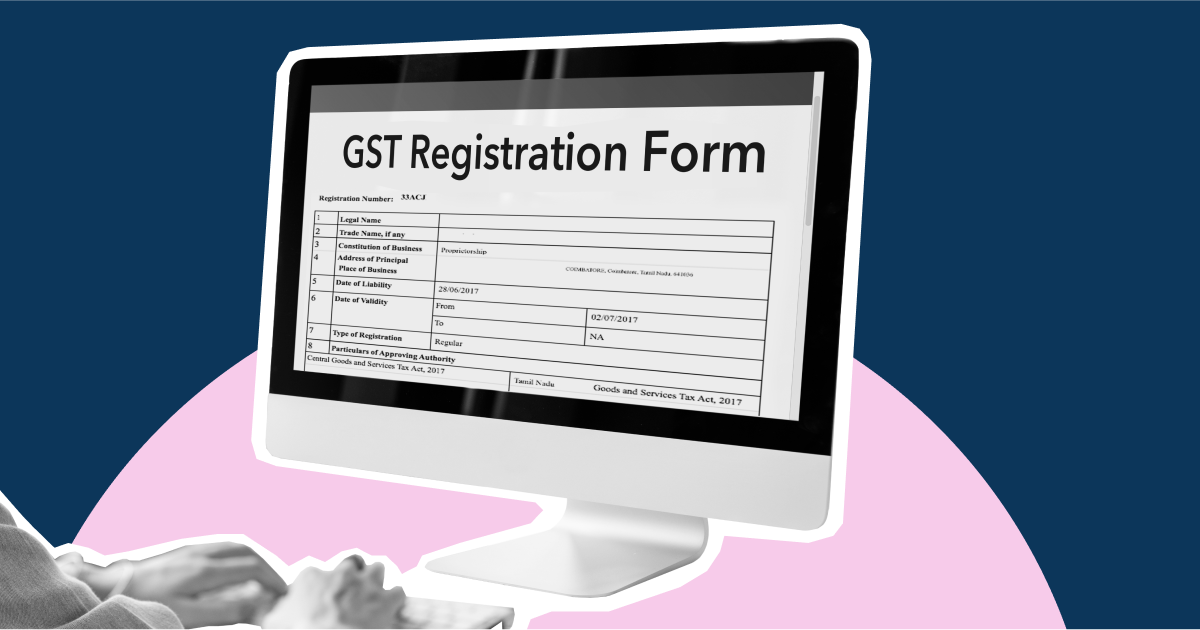 Tactical Guides
June 27, 2022
How to Register for GST: Step-By-Step Guide for Singapore Businesses 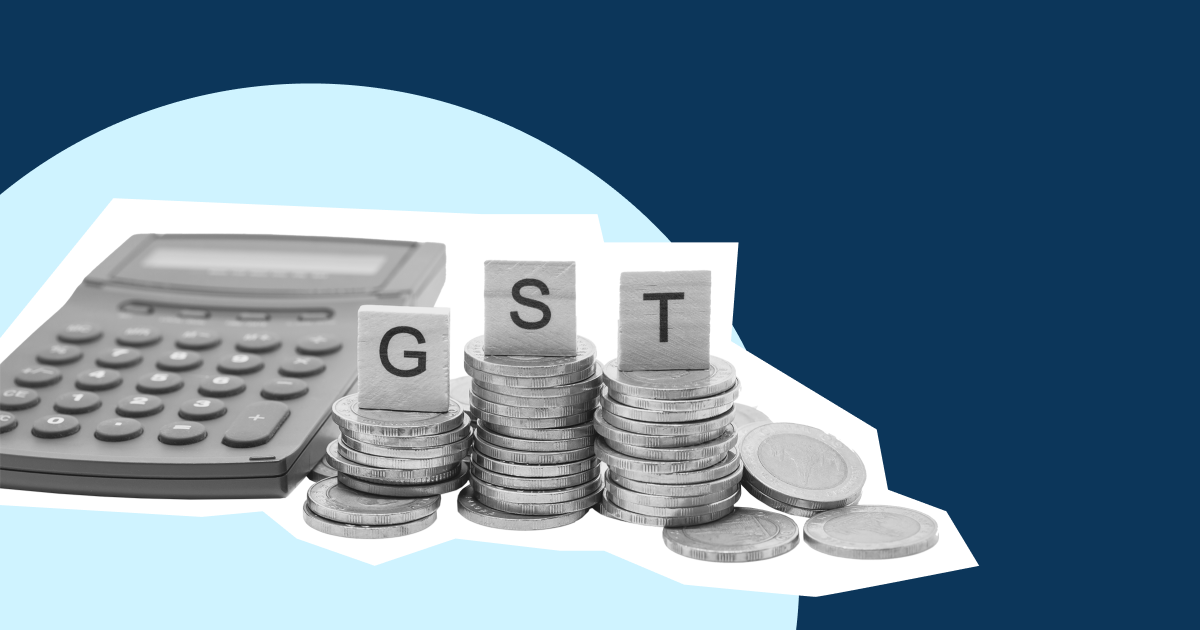 Tactical Guides
June 21, 2022
What is GST, and Does Your Singapore Company Need to Register For It? 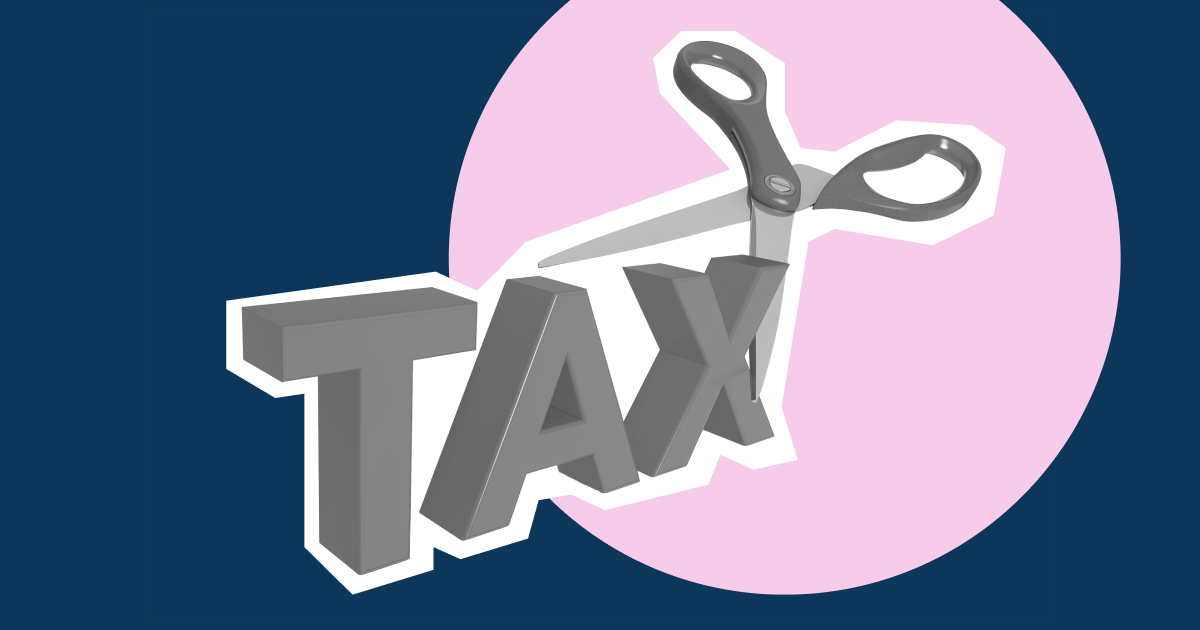 Save time and money with borderless payments, corporate cards, expense management, and more
Get Started 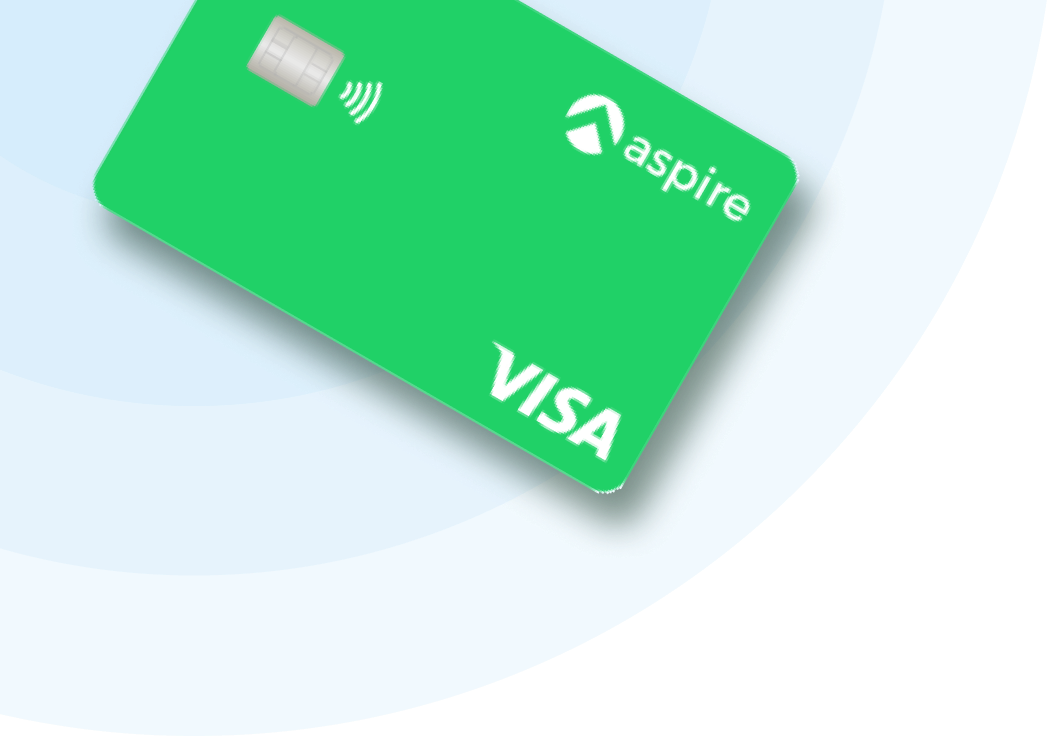 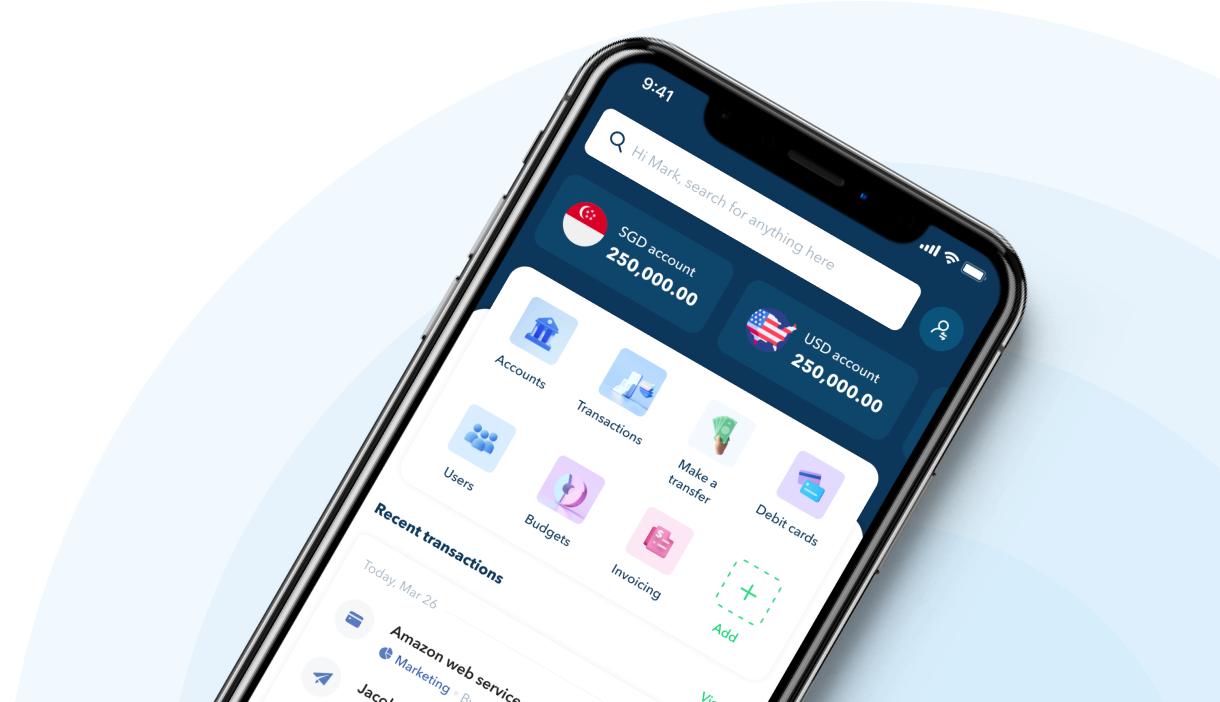 ×
Subscription Successful!
Cheers! We'll share our best articles with you shortly. See you around!
Seems like something went wrong. Could you try again? 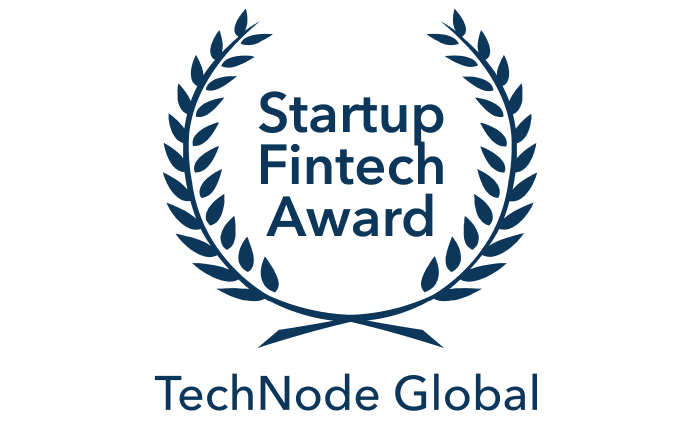 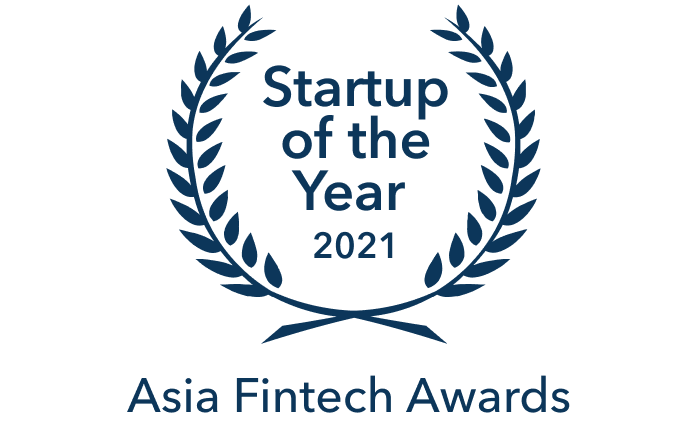 Managing business finances doesn't have to be hard. At Aspire, we've made it easy, fast, and transparent. So you can focus on what matters — growing your business.
Rated on

Thank you! We'll keep you posted on updates from Aspire.
Seems like something went wrong. Could you please try again?
Solutions
Expense ManagementPayable ManagmentReceivable Management
Multi-currency accounts
Scale
IntegrationsInsightsMulti-user
Cashback
Rewards
Features
BudgetsCorporate Card ClaimsApproval FlowsInvoice ManagementCollections accountsPayment linksInstant payouts Auto Bill PayVendor managementBulk paymentsAPIs
Global paymentsCash management
Platform
FAQs
FAQs
PricingTerms & Conditions
Terms of use
Acceptable use policyComplaints policyPrivacy policy
Company
About usContact usBlogCareersNews & pressPartner with usEntrepreneurs of SEA
Kickstart
Incorporate your companyCorporate Services Marketplace
Consumer advisory - Aspire FT Pte Ltd ("Aspire") is currently exempted from holding a licence under the Payment Services Act for the provision of Account Issuance Service, Domestic Money Transfer Service, and E-money Issuance Service for a specified period. This can be confirmed on the MAS website here. Aspire is not licensed, nor exempt to provide cross-border money transfer services, and consequently provides these services in conjunction with MAS licensed partners. All corporate cards are issued and powered by Nium Pte Ltd. Cardholders are advised to read the Nium Pte Ltd terms and conditions. All partner terms and conditions can be found in the Terms of Use here. Credit lines to businesses are issued by Aspire Financial Technologies Pte. Ltd, which is an exempted moneylender under the Moneylenders Act (Cap. 188) and received a certificate of exemption from the Ministry of Law (No: 02135) on November 2nd 2020.
PT Kharisma Catur Mandala is a regulated payment system company under Central Bank of Indonesia with Fund Transfer license No: 20/231/DKSP/82 and Payment Gateway license no: 22/454/DKSP/Srt/B