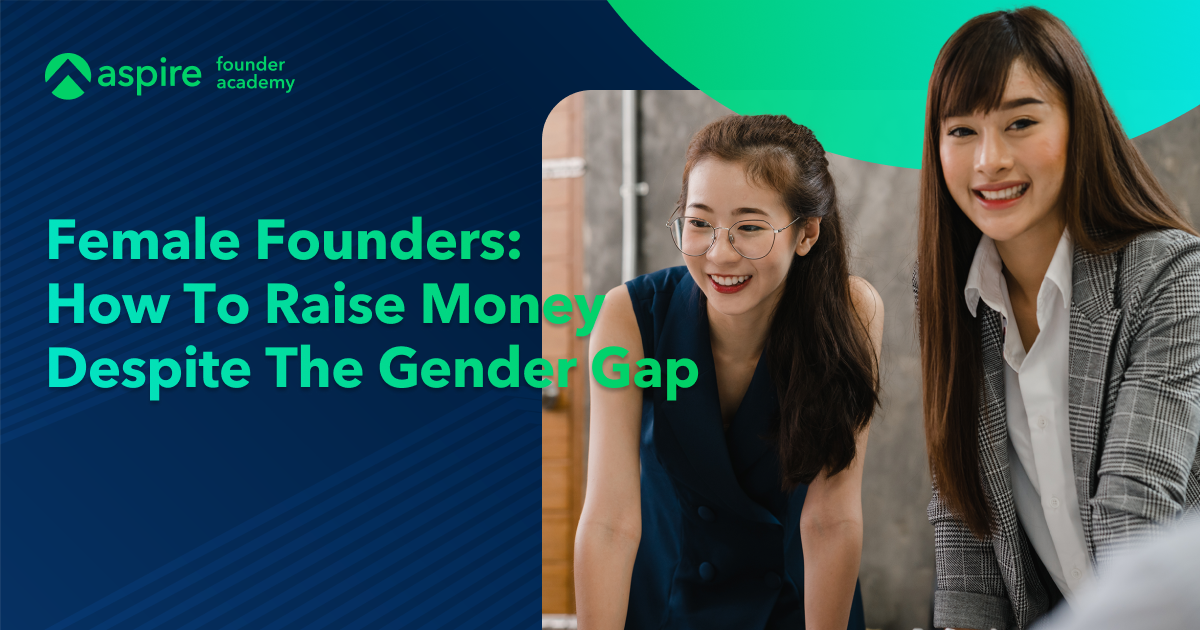 Female Founders: How To Raise Money Despite The Gender Gap

Despite the hurdles, women-led businesses have been found to post higher revenues, proving to be better investments than businesses founded by men.

So why does this disparity persist? And how can female founders best prepare to beat the odds?

When seeking to raise your first round of funds, it’s fair to expect the numbers and business plans will do the talking. But in reality, investors often assess a company’s competence, potential and profitability with other factors rooted in bias.

A quick example: Many much-discussed companies, like Alibaba, Netflix and Google, were founded or led by male entrepreneurs. Information like this often leads to unconscious bias when investors decide which entrepreneurs deserve funding.

According to research by BCG and MassChallenge, a US-based start-up accelerator, and the Harvard Business Review, four biases often surface in the pitching process.

While pitching, female entrepreneurs report that they’re frequently asked to prove that they have basic technical knowledge.

If they’re pitching with a male co-founder, investors tend to direct technical questions to their male partner, assuming he has more knowledge on the matter.

Nothing could be further from the truth. During fundraising events, investors ask questions and provide feedback to start-ups.

During these sessions, it’s been found that men are more likely to push back on comments that poke holes in their pitches. In contrast, women in similar situations tend to internalise and accept it as constructive feedback.

Male founders pitch to impress, presenting bold assumptions and numbers that are intended to gain interest but aren’t always truthful. Female founders, on the other hand, prize accuracy and accountability. Therefore, their projections are often more conservative in comparison.

Besides, the confidence gender gap argues that the problem isn’t with ambition but imposter syndrome. Women tend to undervalue themselves compared to men in competitive situations. Therefore, they may look less sure of themselves.

In general, male investors are less interested in women-led businesses as they are not as familiar with them or unable to relate to the products or services marketed toward women.

Therefore, female entrepreneurs struggle to communicate their product-market fit and the potential value of their business plans.

How do you “fight” the system?

Unfortunately, It’ll take some time before the current system rids itself of gender bias and gender imbalance in VC firms.

There’s only so much we can do right now, but the system is changing from within. And if we can help you get funded, you might become part of the solution.

Below we’ll share tips to beat the odds and secure funds to build your business. Once you get a foot in the door, you can join the larger community of female-led businesses and VCs that strive to lead change.

How to raise funds as a female founder

But fortunately, the start-up environment is growing more aware of gender bias and coming up with solutions to tackle it.

Of course, you shouldn’t limit yourself to these funds and grants. If you have conviction, the records to prove your market fit and the potential to grow, you’re well-armed to go the traditional way.

Being aware of the gender biases we mentioned will help you navigate the first fundraising stages. Use your knowledge as a marker to shape your presentations and pitch. And prove them wrong.

Start-ups typically go through four stages to get funding.

Primary filtering is the stage where a start-up and potential investor meet for the first time and gauge mutual interest.

Founders must go into such meetings prepared to describe their relevant background, business plan and ambitions. VCs rely on these meetings to decide if they want to learn more about the start-up or not.

As most VC partners are male, their networks also consist of predominantly male founders. Female founders need to go the extra mile to identify and find their way into these different networks. Be confident and persistent in your efforts.

Don’t be afraid to hustle: Cold email or call VCs that interest you. VCs have come to expect this, and it’s often a respectable trait to be proactive.

If they call you back for another meeting, it signals that the VC saw value in your proposal and is interested in spending more time examining it. To prepare for this meeting, you’ll need to revise your pitch and practice it.

It helps to seek guidance from mentors who can engage in mock Q&As with you. Other female founders might want to offer mentorship.

According to multiple studies, the pitching stage is most susceptible to strong gender bias. Given the same content in a pitch, investors prefer pitches presented by men.

This particular bias is admittedly out of your control. But there are ways to communicate your idea and be heard: Never undervalue your idea and numbers, always speak confidently and pragmatically of your start-up’s value, but don’t cross the line into arrogance.

After a few successful meetings, your partner may get together with a broader team of investors to determine if they’ll invest in your start-up.

Expect repeated questions on your growth metrics and projections. Provide clear, detailed answers consistent with what you delivered in the previous rounds and stay confident.

In the final stage, investors verify if the start-up they’re about to invest in is the same one you pitched.

They’ll ask for financial and legal documents, verify your credentials and validate other relevant contracts or agreements. You must deliver the correct documents promptly

and respond to questions or clarifications coherently.

Practising your pitch with your co-founder is helpful, but you’ll gain more insight when you find a mentor with experience in fundraising.

A wave of female-focused networks has formed in response to the inherent gender bias in the start-up environment. These networks provide female entrepreneurs guidance to navigate the fundraising process.

Search for networks in your locale, share your idea with available mentors and remain open to feedback.

Do your research and determine which VCs are led by women or have a solid history of investing in women-founded businesses.

While these VCs shouldn’t be your only option, you’ll have higher chances of success. It’s easier to get funding from a VC firm with a mission to bring more promising female entrepreneurs into the thriving start-up environment.

This doesn’t mean you should take success for granted. Even when you pitch to women, make sure your pitch is clear and detailed. They won’t just help you because you’re another female founder; they want to make a profit.

So to convince investors, explain your business thoroughly. Fortunately, pitching to a panel of female investors increases the likelihood that they’ll understand the need for a product or service designed for a female audience. But they still need a detailed deck that paints a clear picture of your idea.

Let’s get some funding

Being a female founder in a scene men have long dominated can naturally be intimidating. But if you have conviction, found product-market fit and have well-calculated projections in your back pocket, don’t let statistics or external factors dissuade you from fundraising and growing your business.

Turn the odds into your favour by taking advantage of the many networks that empower female founders. Find a good mentor to provide feedback on your business plan and pitch. And don’t be afraid to showcase your potential.

You can do it. Ready to get started?
Aspire makes business finance easier - expense management, invoicing, FX, employee claims and more. This is the all-in-one finance OS for your business
Try it out today >>
The Modern Finance Digest
Get actionable insights and strategies to automate business finances and grow your company
You are subscribed!
Our newsletter delivers hand-picked content, every week, to supplement your efforts in growing your business.
Seems like something went wrong. Could you try again?
Subscribe to the newsletter >> 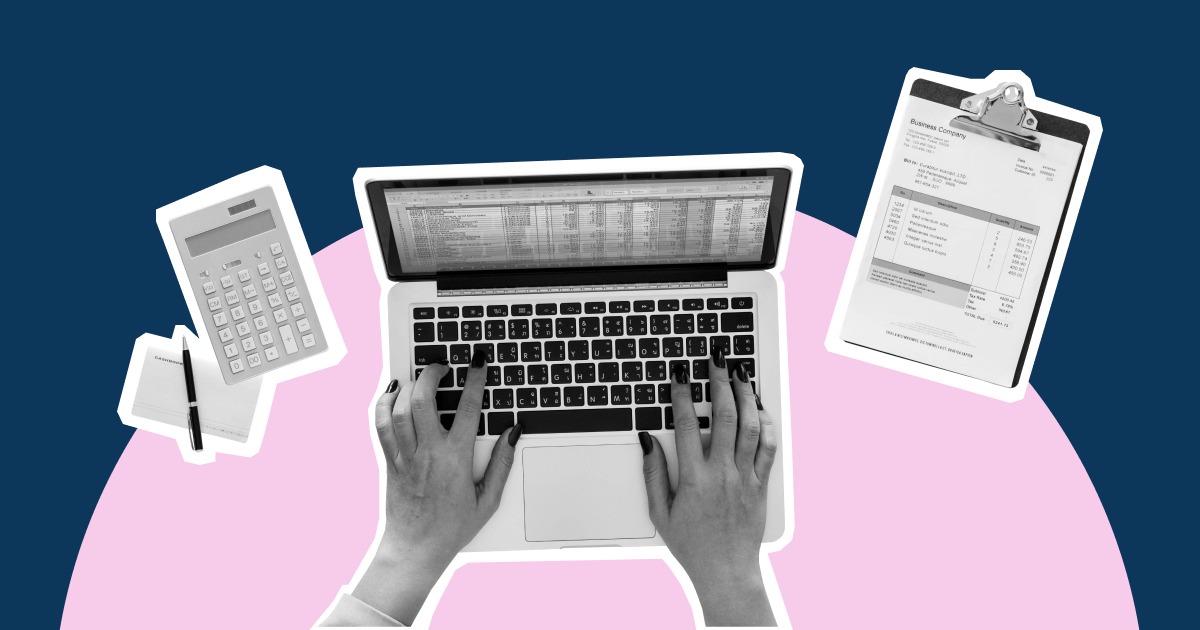 Tactical Guides
August 22, 2022
How To Create a Balance Sheet in 6 Steps 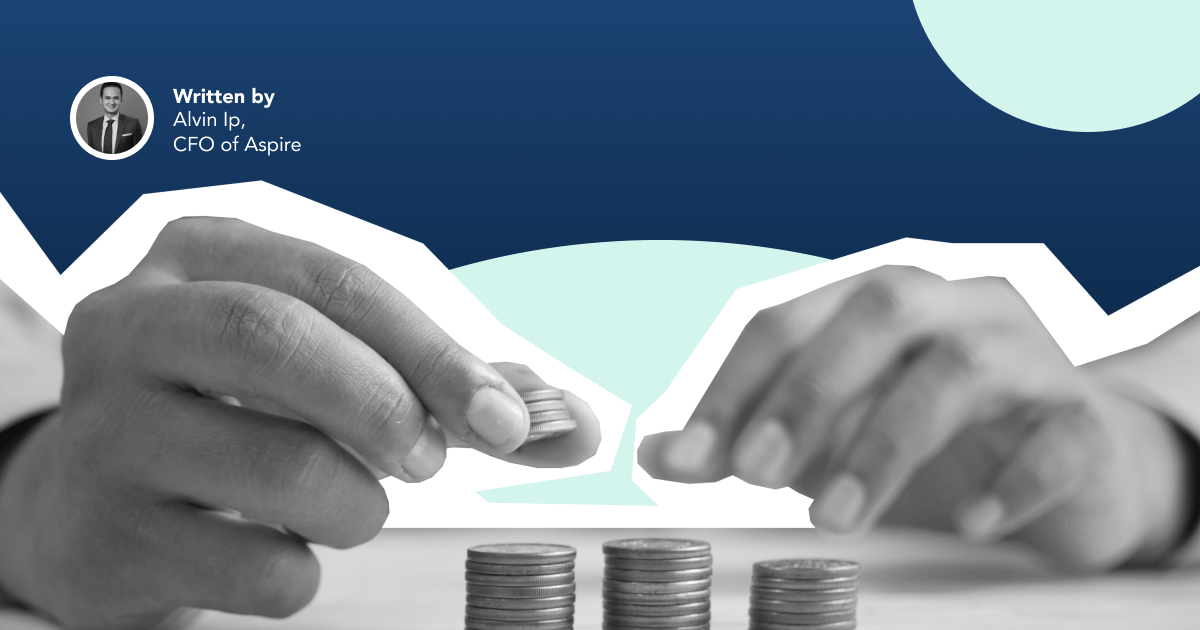 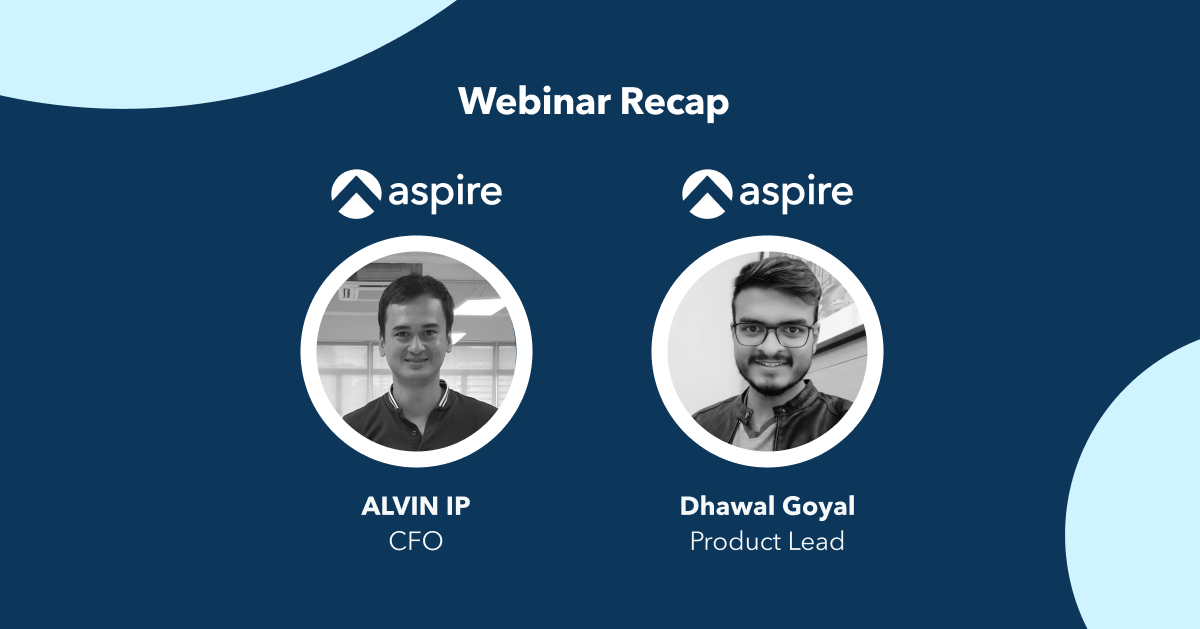